American tourist shot dead by gang gunfire in Mexico City resort: “I thought that was it” 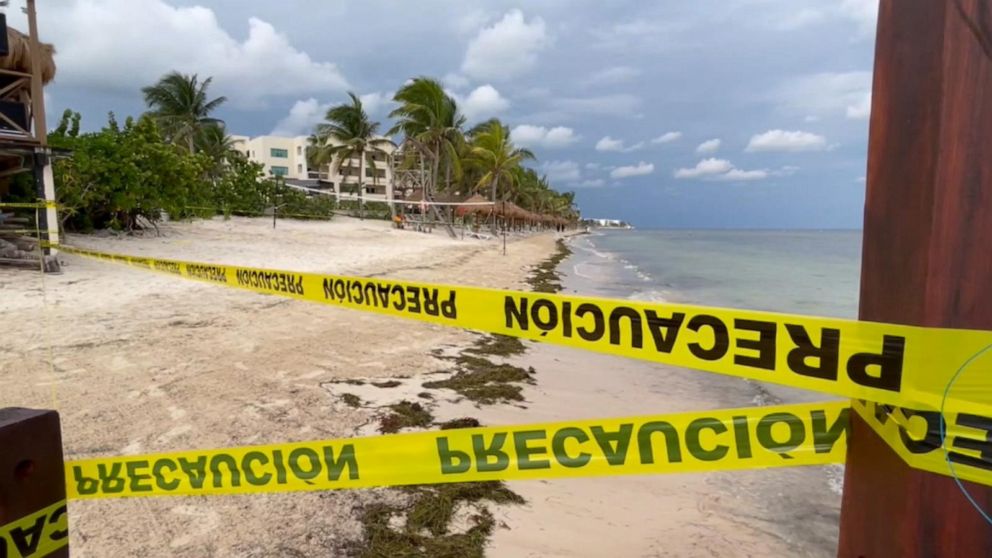 Tanner Vanvalkenburg said “it will be very different if I travel again”.

Tanner Vanvalkenburg is speaking out after being shot while on vacation at a popular Mexican resort town late last week, in the crosshairs of rival gangs.

“I was just like, man, that’s it, like I’m probably not going to make it,” he reminded ABC News.

The American tourist was with his partner and two friends when the incident began.

â€œWe were sort of eating tacos and that’s when I started hearing gunshots,â€ he said.

The gunmen disembarked outside a Hyatt Resort just south of Cancun and opened fire.

The shooting left two dead and four Americans injured. The armed suspects escaped first, but local authorities confirmed to ABC News on Friday that they had five people in custody.

â€œWe thought it was fireworks and then more started to explode and everyone started to panic and run,â€ Vanvalkenburg said. “That’s when I took off and we all jumped into the pool.”

The melee sent tourists rushing for cover as some hid under pool chairs.

â€œJust as I jumped into the water I went for a dive and that’s when the ball hit. And as soon as the bullet hit me, I got thereâ€¦ and I was holding the gunshot wounds as I was bleeding, applying as much pressure as possible because I knew I had just been hit, â€explained Vanvalkenburg.

“I honestly thought I was going to die because I thought the gunmen were basically going to come and kill everyone [who] was there at the complex, â€he said.

Vanvalkenburg was taken to a local hospital and later released.

Hyatt told ABC News that “the safety and well-being of guests and coworkers is always a top priority.”

Now that he is recuperating at his home in Utah, Vanvalkenburg said this incident caused him to reconsider the way he traveled.

â€œI never thought, in a million years, that I would have to worry about my life sitting in a resort,â€ he said. â€œSo it will be very different now if I travel again. “