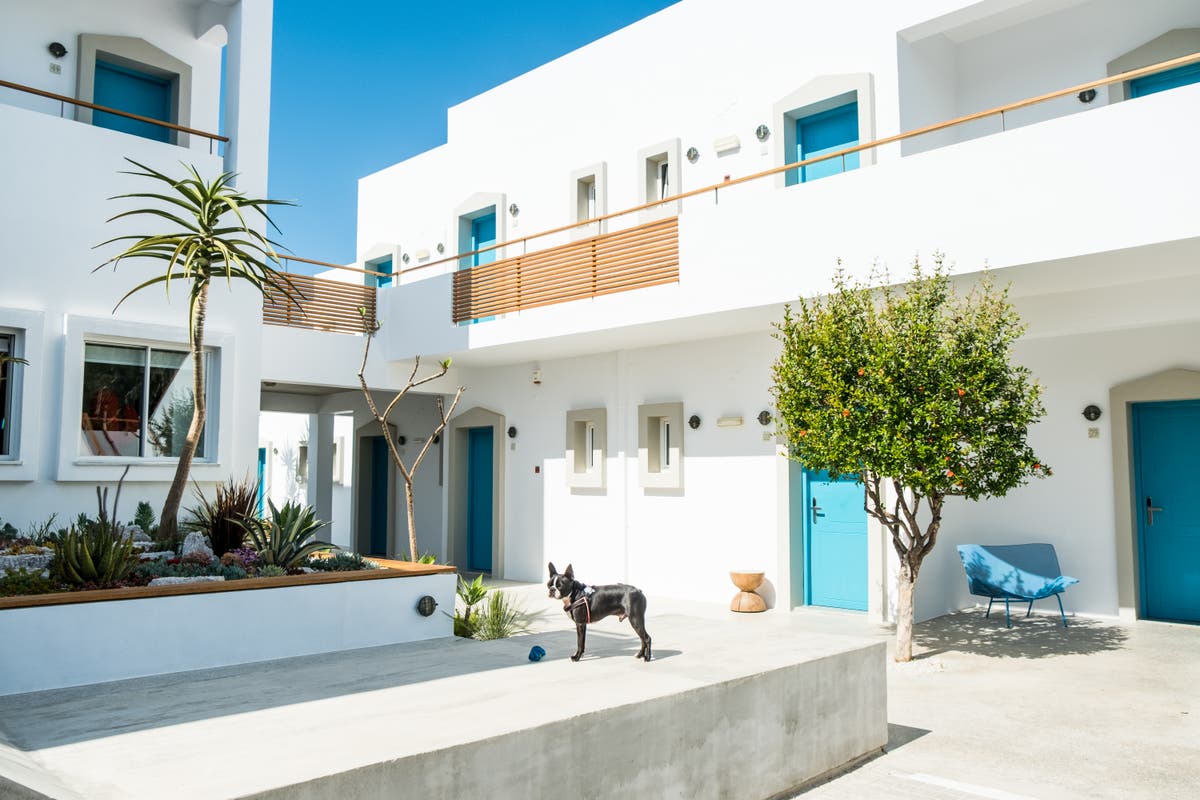 When you say the words “family hotel” to a parent – or any adult – expect a desperate, icy look. The idea of ​​all-you-can-eat restaurants closing at the end of a noisy 6 p.m. feeding hour in the zoo, urine-heated baby pools, and a screaming 4 a.m. alarm clock in every other room enough to make anyone run for the hills. So when friends from a mother’s whatsapp group in east London (where else?) suggested we try Ammos near Chania in Crete, we were sold on a dream of a place jewelry and design that somehow caters to families with young children in the lowest-key, harmless way.

Design-obsessed Nikos Tsepetis took over the hotel from his doctor parents in the 1990s at the age of twenty, succumbing first to the hedonistic Swedish and German crowd in the mood for lots of ouzo for their drachma. But after a handful of British families stumbled upon his increasingly swanky, whitewashed 33-bedroom apartment on the beach, he realized Greece’s largest island had a gap in the market. for a boutique hotel with style for couples who do not want to give up aesthetics. just because they had a toddler in tow.

His instinct was correct. As all bookings are made through the hotel, Nikos jokes about social engineering on how he places requests to ensure a mix of families, couples and singles, maintaining the peaceful vibe.

With poolside rooms that can comfortably sleep a couple and a toddler or baby, each with a kitchenette but certainly no TV, you can literally step out of your balcony and settle into a sun lounger and then immediately on the creamy sands of Glaros Beach below. Your offspring will find a colorful assortment of floats, buckets and shovels tucked away discreetly out of sight, but they’ll be just as likely to be drawn to the modern art set up in the gardens. There are lilac plastic bunnies to climb on, curved shiny steel gloops in a primary color to hang from, and in the extraordinarily casual all-day dining restaurant, the widest assortment of designer chairs and modern Greek art I’ve ever seen. I’ve ever seen, by artists like Apostolos Georgiou, Konstantin Kakanias and Eleni Varnadaki. Tsepetis admits his biggest investment was a €20,000 chair, which he has since sequestered in his flat in Athens for fear of pencil scribbles and climbing accidents. But the rest stays there, catching toddlers’ eyes, keeping them happily occupied while you leisurely eat breakfast of home-baked breads (Tsepetis’ next venture is a high-end bakery in the town of La Chania, cleverly called Red Jane after the revolutionary alter-ego of Jane Fonda from the 1970s. ).

Then there’s extra play time with the on-site nanny, Lina, in her fully-equipped playroom which could entertain infants through to teenagers while you swim in the simple, neat pool. If you have a baby raver like ours who sticks to UK time, you can enjoy an 8pm dinner on the terrace while your child eats his weight in calamari. The menu, filled with daily specials and delicious local favorites, is so enticing you’ll hardly feel the need to venture out – although the glowing, glowing hues of Chania’s Venetian harbor are at least worth a day trip .

The key to everything is how easy it is to live with. Simple Cretan salads and children’s lunch boxes served poolside, relaxed service by laid-back staff, and a no-faff but entirely appealing setting. It’s happiness, and we have already booked for next year.

Reservations for 2023 open later this month; studios from £130 a night (ammoshotel.com)