Don’t growl at the resort 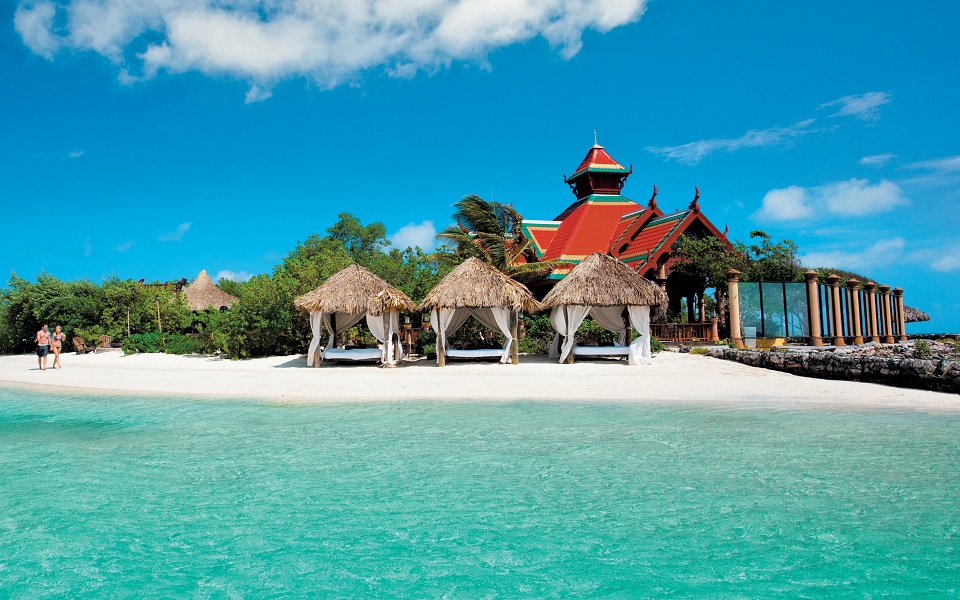 On his show Parts Unknown, Anthony Bourdain spoke of the “Two Jamaicas”. There is Jamaica where the citizens “live, cook and struggle” — what he calls the “real Jamaica”. And then, he says, there’s Jamaica “which you probably know best.” As he says, we see a tanned tourist, cocktail in hand, splashing in the turquoise sea.

I landed in the second Jamaica recently. I was relieved to be there: London was freezing and preparing for Omicron. I was also curious, having never been on an all inclusive vacation before. Childhood visits to Grandma’s on the Costa del Sol warned me against ‘seaside resorts’. But Britain was miserable. A trip to the United States had failed. So when I was offered the chance to visit Sandals Royal Caribbean, I took it.

The all-inclusive experience began, to my surprise, at the airport. After passing through passport control, Sandals guests are guided to a large colonial-style reception area integrated into the Montego Bay Arrivals Lounge. Plush pillows and lacquered furniture invite you to sit while drinks are served and drivers are summoned. I could get used to it, I thought as I munched on a plantain chip.

It’s not just me. Business is booming at all-inclusives. Tourists, scarred by two years of travel chaos, are embracing the comfort and safety of resort chains. Sandals have been generous with their covid policy, offering free on-site testing and free accommodation if they test positive. It paid off – in September, The New York Times reported that Sandals bookings for 2021 were up 151% from 2019.

Royal Caribbean is one of two Sandals resorts in Montego Bay and six in Jamaica. 200 rooms, nine restaurants, a private island, and multiple pools cluster around a beach that faces northeast toward Cuba and the United States. It is famous for the twelve suites raised on stilts above the ocean, the first of their kind in the Caribbean.

It is an incredible operation. The staff not only responds to guest needs, but telepathically alerts them, appearing out of nowhere with towels, drinks, snacks throughout the day. There’s an atmosphere of sheer abundance here that feels a bit like a wedding, which is appropriate given the number of vow renewals and honeymoons.

Romance is serious at Sandals. Children are prohibited. The rooms are pre-strewn with rose petals. Photographers mingle with couples, armed with long lenses, ready to capture memories. At first my girlfriend and I resisted, but in the end we were holding hands by the hearth like the Love Island contestants.

Bourdain would surely say that this is not the “real Jamaica”, but the truth is a bit more complex. Because Sandals itself is as Jamaican as Red Stripe. Founded in 1981 by Butch Stewart, a Kingston native who came from nothing to build the largest resort chain in the Caribbean, it employs thousands of people and adds more foreign currency to the treasury than any other company.

When Stewart died last year, The New York Times published an obituary. At 12, he went fishing in a makeshift canoe and sold his spoils to local hotels. He made money in air conditioning before buying a huge run-down hotel in Montego Bay, which became the first Sandals resort. Today, photos of Stewart’s family adorn restaurants. In the offices of Island Routes, the tour operator adjoining Sandals, its business philosophy is inscribed on the wall: “Find out what people want, give it to them, and in doing so, exceed their expectations.”

My expectations were really exceeded. Our room (one of the cheapest) was huge and luxurious with a huge bed. Bombay Spice, the Indian restaurant, served dishes to rival my local in Tooting; Rich butter chicken, fluffy yet crispy naan and subtly spiced tarka dal. We had a similar experience at Soy, the sushi restaurant whose rich yellowtail nigiri and delicate eel strips were more refined than anything I expected to find at a “resort”. Proper stuff, from a Japanese chef. The local food was also delicious. For breakfast, heaps of nutritious callaloo and plantain. For lunch, sticky, spicy grilled chicken from the jerk shack on the beach.

I told the waiter I was impressed and she informed me that the two chefs were from India. We had a similar experience at Soy, the sushi restaurant whose rich yellowtail nigiri and delicate eel strips were more refined than anything I expected to find at a “resort”. Again, proper stuff, from a Japanese chef.

Several pleasant surprises about Sandals added to an alarming surprise about myself: I’m not the fearless tourist I thought I was. I’m a sucker for all-inclusives. The endless comfortable loungers. Hot tubs and fireplaces. I’ll take it all. One day we went swimming at dusk. The sea was empty as most leave the beach when the afternoon heat subsides. I noticed the waves lapping against a man-made sandbar 100 meters from shore. That’s why the water is so calm. A glimmer of protest rose in me as I wondered if an artificially calm sea wasn’t an artifice too far away. But then I look down. In the perfectly still water, I see small silver fish shimmering around my feet. Who am I kidding: I love it.