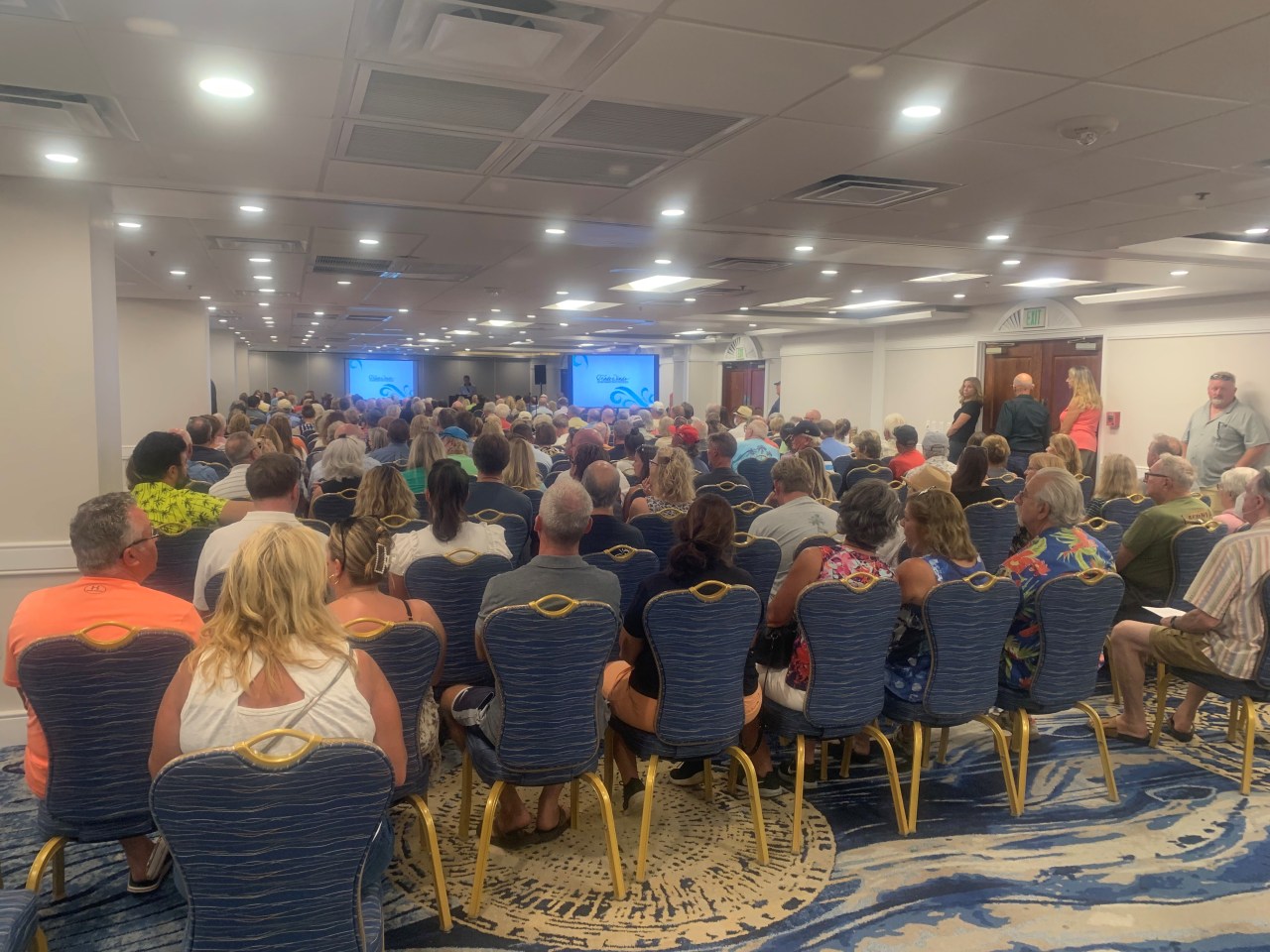 ST. PETE BEACH, Fla. (WFLA) – There was standing room only on Thursday as hundreds of people went to find out more about a St. Pete Beach resort expansion project.

There are others who say that is what this community needs.

Deborah Schechner is one of the many people saying no.

“Our concerns are real,” she said. “It’s too much for our little community.”

Schechner has lived in St. Pete Beach for over 20 years. She worries that the expansion will add more traffic and the vibe of St. Pete Beach will change.

“Things that residents value and that we love that make our lives more enjoyable on the beach are actually being taken away from us in the name of tourism,” Schechner said. “It’s very difficult to add 650 rooms, three towers and all the pools and amenities without expecting an exponential growth in our traffic situation.”

Not everyone spoke out against the project on Thursday. Paul Worsfold spoke on behalf of small business owners, saying the project is a plus for them.

“You’re going to get more customers,” he said. “You also add jobs. You are adding taxpayers’ money. Something’s got to back it all up.

The developers say they designed the project with the community in mind, adding that the expansion will address concerns ranging from traffic congestion to flooding.

“The plans you see today reflect some of the comments made by neighbors,” Smith said. “We strongly believe that the growth in the actual number of people on site is not as significant as might be implied by the expansion of the physical plans for the project.”

“We take the issue of traffic and congestion very seriously.”

Many like Schechner worry if this project gets the green light they will see other stations follow suit.

The St. Pete Beach City Commission will review this expansion in the fall.